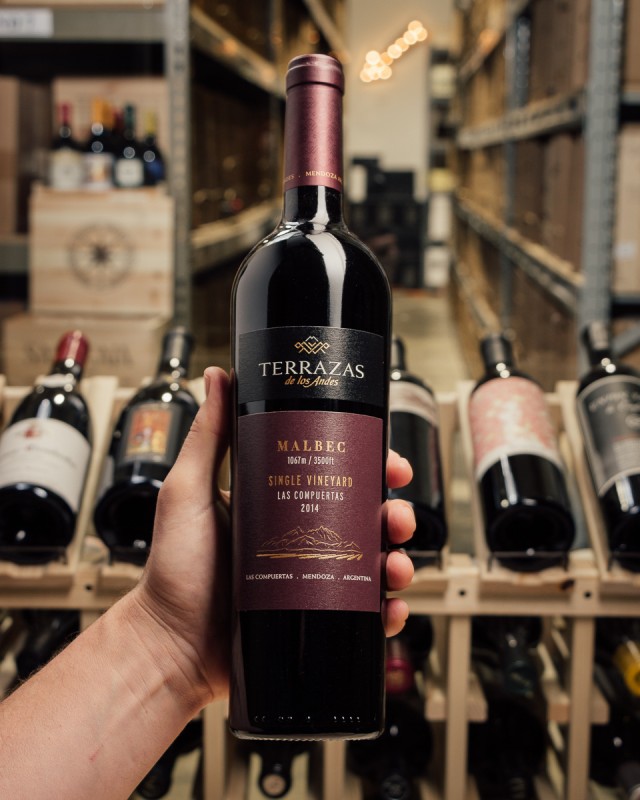 
Best price in the USA to boot! Gorgeous, finely-tuned, old-vine Malbec from winemaker Philippe Moreau (Pichon Lalande)! Your new house red for Fall! Put us down for a case or two  -- at $227.70 a 6-PACK??! Yes, please!

Most known for their world-famous flagship wine, Cheval des Andes, produced in collaboration with Pierre Lurton of Cheval Blanc (yes, that Cheval Blanc), Terrazes de los Andes is one of the top producers in the mountains above Mendoza. When Pierre Lurton discovered the stunning Malbec vineyard of Las Compuertas, planted in 1929, he was immediately captivated, declaring, “This will be a journey to the roots of Bordeaux.” Las Compuertas is in the mountains above Mendoza in the Lujan de Cuyo region, it's the oldest and most prestigious parcel of ungrafted (own-rooted) Malbec in the country. This same vineyard makes up the majority of the Cheval des Andes blend year after year.

We scored a TERRIFIC price on this small parcel. Rich, fleshy, smoky, chocolatey, and holds a nice line of acidity to keep it all pumping. A crowd-pleaser if we’ve EVER had one! This is not your average bottle of Malbec, this is deep, super old-vine sexiness! Seriously, this is a PERFECT wine to have on hand for any-occasion drinking -- oh, did we mention 94 points? It’s going to be a good week!!

Planted in 1929, Las Compuertas is oldest and most prestigious parcel of ungrafted Malbec, dedicated to the production of the finest and most expressive wines. Located in the district of Las Compuertas, department of Lujan de Cuyo, the name Las Compuertas comes from the first waterworks built during the Viceroyalty of the Rio de la Plata in 1785: the “Toma de los Espanoles” dam. 1,070 meters (3,510 feet) Highest vineyard on the left bank of the Mendoza river, the altitude allows for daily temperature cooling. Characterized by low organic matter and high levels of calcium, it provides optimum soil texture and vine nutrition.

Led by French winemaker and technical director Philippe Moreau, who previously led teams at Pichon Lallande and Chateau Chauvin, this is world-class viticulture and winemaking with incredible raw materiel.

Robert Parker's Wine Advocate
The 2014 Single Vineyard Las Compuertas Malbec comes from an old massal selection of Malbec planted in 1929 at 1,070 meters in altitude in one of the higher and cooler zones of Luján de Cuyo. This is a classical Malbec from a traditional zone. It aged for 16 to 18 months in French oak barrels, 50% of them new. It still shows some of the character of the wines from a past era, with notable ripeness and oak, some smoky and chocolaty notes, fine-grained, abundant tannins, moderate acidity and a dry finish, but it's fresher and better balanced and less rustic. I look forward to tasting more-recent vintages, like 2016, to see where this is going, as I think there is an ongoing change here... 40,000 bottles produced. It was bottled in March 2016. 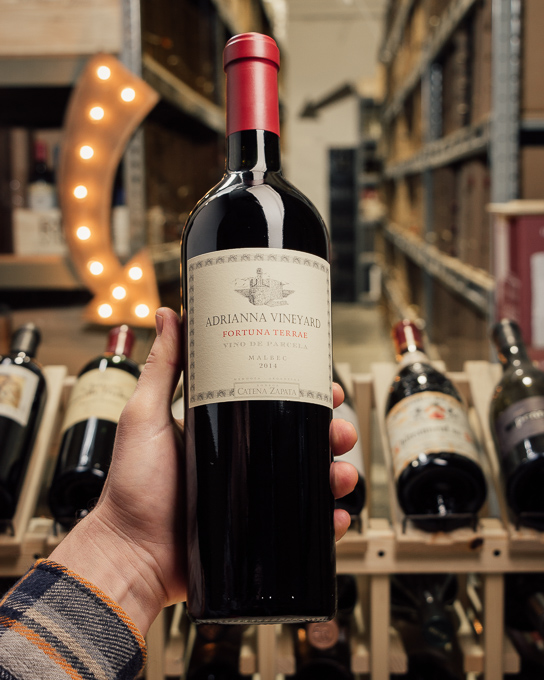