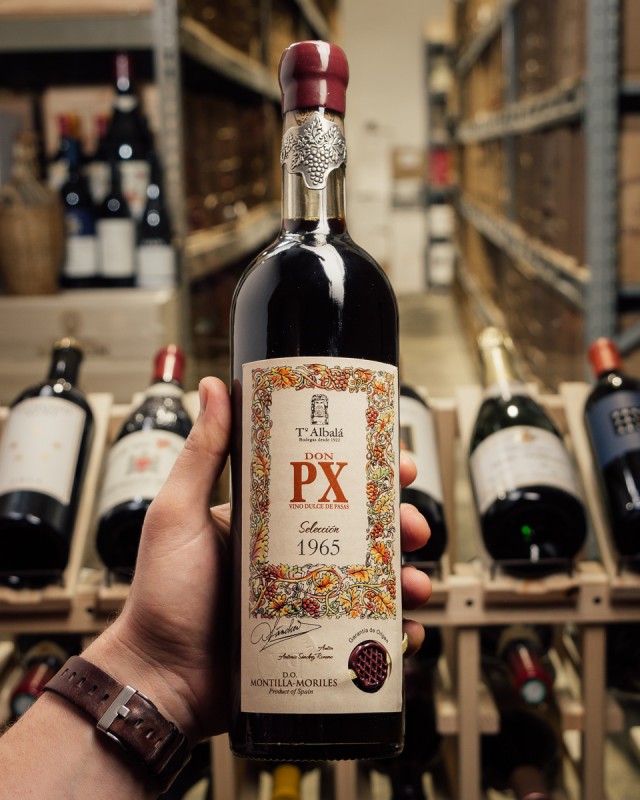 Yeah. That’s not a typo. 1965!!! 97 POINTS! A wine that just might rock you to your very core!! Know someone born in ‘65? Someone who loves old, rare, brilliant dessert wine from one of the most celebrated producers?? How about Christmas? Wouldn't THAT blow someone’s mind? Have a hardcore wine person in your life and you always wondered what to get?
If you’ve never experienced an older PX (much less 53 years old!!) ---- GET READY. Strap IN. Breathe deep. First off, upon opening, this wine is brown/black, almost like motor oil (as it is supposed to be). THE NOSE! My God!! You can just SMELL this for hours, before you actually drink it! Kahlua, Indian spice, malted chocolate, roasting coffee beans, and what we’d describe as GINSENG...all of that craziness pours into your mouth with thick, unctuous texture, but THEN....well, it’s hard to describe, but the wine is rather light on its feet, bittersweet and wildly, insanely complex, layered and crazy-long. A jaw-dropper. 53 years old!!

The Toro Albala winery began in the heart of Southern Cordoba in 1922, which is famous for its wine region Montilla-Moriles. The history begins with the story of a small wine grower Jose Mar?a Toro Albala who had the great idea of keeping aged wines to create wine treasures destined for the most demanding palates. Although considered a risk in view of the economic situation at that time, his idea was a great success and Toro Albala wines are now to be found on the best tables in the world.

Robert Parker's The Wine Advocate
Small lots of old vintages are released following no apparent logic, like this 1965 Don PX Seleccion, which is produced with white Pedro Ximenez grapes but it`s black rather than white, bottled in June 2014 with 290 grams of residual sugar. It has a nose of pure curry, aromas of an Indian restaurant, very balanced, not as sweet as others, in fact it`s more bittersweet than sweet, combining the spices with bitter chocolate and with very good acidity that makes it relatively easy to drink. 9,600 bottles were filled.` -- Luis Gutierrez in the Dec 2014 Issue of the Wine Advocate 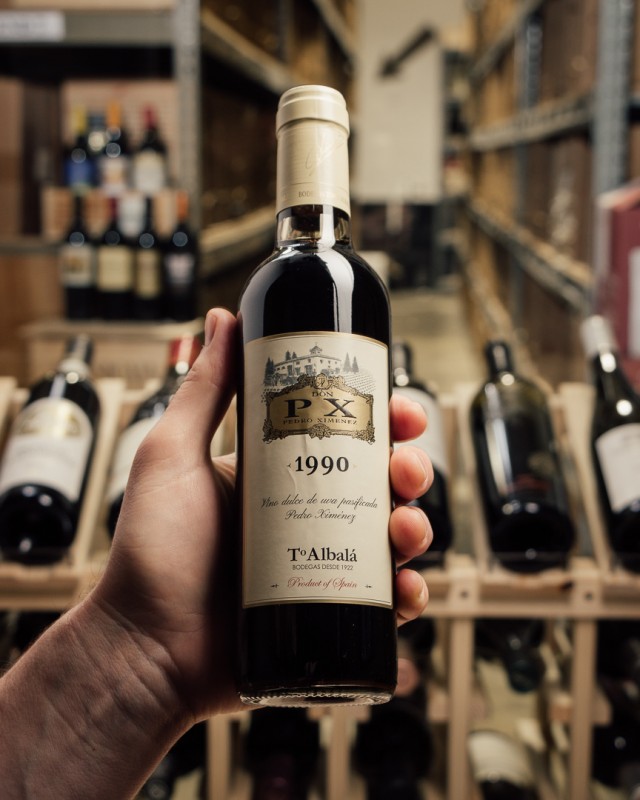